ONC Rules: What They Mean and Why They Matter for Innovators 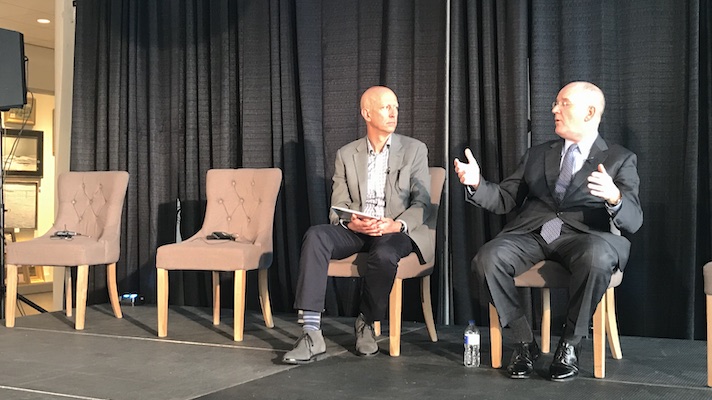 Even as a number of IT organizations pressed the ONC to extend the comment period, and delay the implementation, of its new data sharing and information blocking rules, a group of entrepreneurs gathered in Boston to hear National Coordinator for Health IT Don Rucker discuss those rules and their implications for the innovation community.

At the 2.5-hour event, which also included a panel of innovator perspectives, the new rules weren’t hailed as a panacea; indeed plenty of criticisms were leveled and even acknowledged by Rucker. But the assembled innovators were overwhelmingly opposed to a delay, framing the rules as a strong starting point and a crucial catalyst for much-needed changes in how the health system operates.

“I understand the health systems’ desire to delay, given the challenges,” Stead Burwell, CEO of healthcare cloud company MultiScale, said during the panel. “… As an innovator, we clearly want to drive this faster because the adoption curve is so hard and slow that we don’t want these delays.”

“The resources won’t be there unless there’s a forcing function,” added Dr. Laura Esserman, who directs the UCSF Breast Cancer Center in addition to leading the Athena Breast Health Network. “It’s going to be painful whenever the change is. So why not get it over with? This is the beginning, not the end.”

Even with only a handful of days left to comment, Rucker implored innovators to express their opinions, alluding to the pushback from EHR vendors in the process.

“If for your business model, having a standards-based API is valuable, you should comment,” he said. “I assure you we have gotten comments from people who come up with 50 reasons they don’t want to open up their APIs. So if that is important to you, this would be the perfect and most opportune time for you to comment on that or anything else.”

Rucker acknowledged that the comment process can sometimes favor larger organizations with the resources to make extensive comments, but it’s important to have a multiplicity of voices represented.

mobihealthnews originally published this article on May 31, 2019. By Jonah Comstock.

Data Sharing in an Independent Practice

Partnership to Deliver Ecosystem of Clinical and Imaging Data

Slice of Healthcare: A Conversation With Matthew Michela